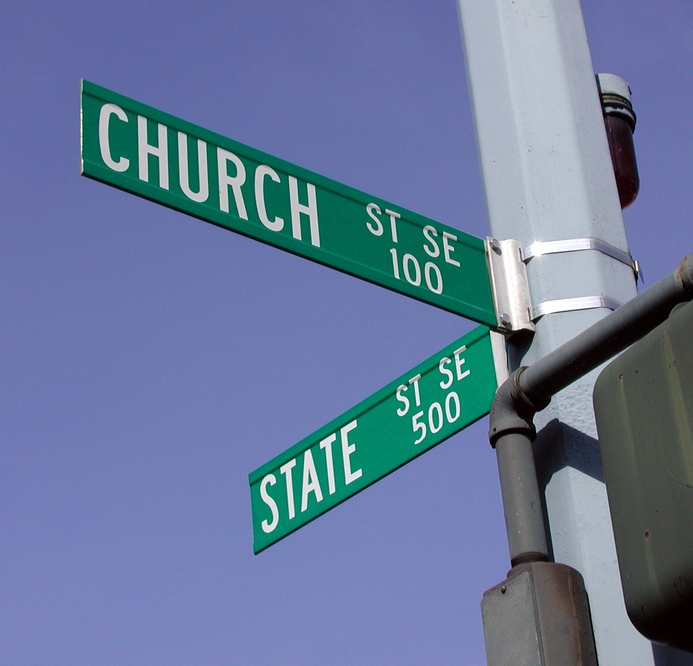 The Hoosier State has been at the forefront of the controversial school voucher program. Few states rank ahead of Indiana in the amount of public funds used by parents to send their children to private schools. Depending upon your point of view, this fact might please you or fill you with dread. But as a leader in the school choice voucher game, Indiana is also a lightning rod for the controversy that comes along with it.

Anyone with a basic understanding of the Constitution and the Establishment Clause, which refers to the 1stAmendment prohibiting the government from making laws respecting an establishment of religion, could see such trouble coming from the very outset of the voucher programs. I have written about this topic before and made my own prediction that this will eventually be tested in the Supreme Court. I believe we are speeding quickly toward that end.

This issue hit home in a big way again last week at Roncalli High School (a Catholic school in Indianapolis), which has received millions of dollars in public funds in the form of school choice voucher money. The concept of public monies being funneled into private schools is controversial enough, but it becomes much stickier when they are religious-based institutions and have policies that, by their very nature, are discriminatory against certain students or staff members. In the case of Roncalli High School, a long-time school staff member was found to be part of a same-sex marriage. This has resulted in her being placed on administrative leave and, allegedly, given the ultimatum of resigning or getting a divorce.

The issue here isn’t whether this Catholic school has a right to maintain such faith-based discriminatory policies. What makes the issue such a challenge is when public funds are part of the equation. The question becomes; should a private religious school be able to maintain moral autonomy when they benefit from public funds?

The way I see it, a private religious school has some choices to make:

Do schools like Roncallli High School have a have a legal leg to stand on when they discriminate against students or staff based on faith-based morality? So far, the answer in the state of Indiana has been yes. That could change soon, however. State Representative, Dan Forestal has announced that he will be introducing legislation that would prohibit public funds from being used in schools that have discriminatory policies. Forestal (coincidently, an alumnus of Roncalli High School) claims that schools “should not be rewarded with state dollars if they choose to discriminate against employees simply based of who they love.” Forestal plans to introduce his bill during the next legislative session in January. I would be shocked if we don’t see other such bills popping up in states all across the nation.

I’ve seen this coming from the beginning. It gets to the very core of what America is all about. Yes, you have the right to worship as you please, but our government isn’t allowed to endorse any one religion over another. If public money is being used to support private schools, if might be incumbent upon those schools to loosen the reigns of their policies or stop taking public funds.

Often, people lose sight of the fact that the Bill of Rights is an anti-democratic document. It protects the minority from the will of the majority. Conservatives should understand that concept very well since that is the same argument they make for keeping the Electoral College.

The Roncalli case is just one of many that we are starting to hear about. Ultimately, this issue hasn’t been decided yet. One thing is for sure, we haven’t heard the last of it. Before it’s all said and done, the Supreme Court will have the final call. Perhaps that’s why the GOP has been so active in trying to stack the court. Remember how they denied President Obama the chance to nominate a justice a year before his term was up?

There is an awful lot at stake in this slippery slope issue.